"How's everybody, the wife?" 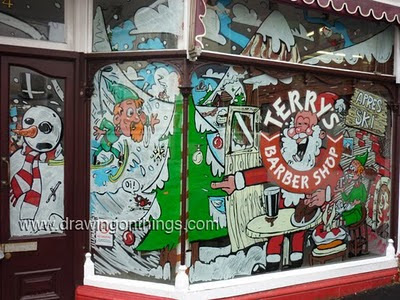 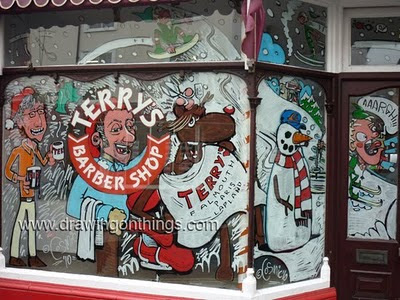 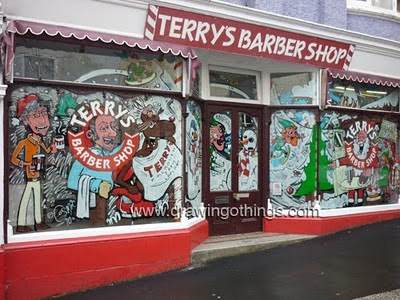 The time I spend drawing on this barbers shop in Falmouth is a great way to launch into the holiday season. It was still November when I did Terry's this year, and the customers all share their plans for christmas.

Nearly everybody who takes to the seat gets asked "How's everybody, and the wife?". Terry is a drummer in a blues rock band and there are always musicians popping in... The guy with the guinness (and a cuupa for Terry) in the picture is Viv, the guitarist in Terry's band.
Posted by Cosmic for Unknown on 10.12.10