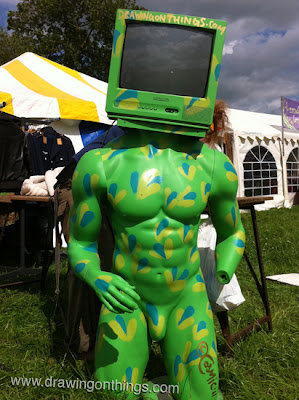 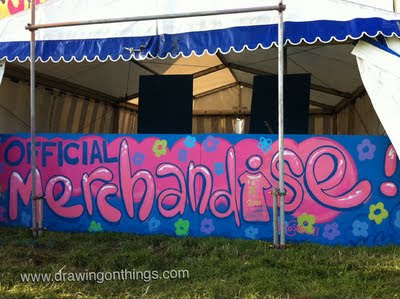 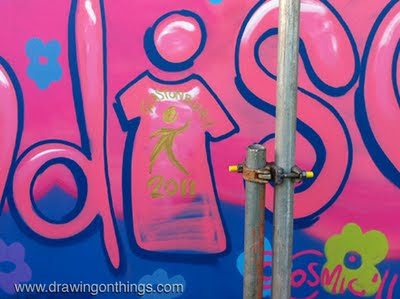 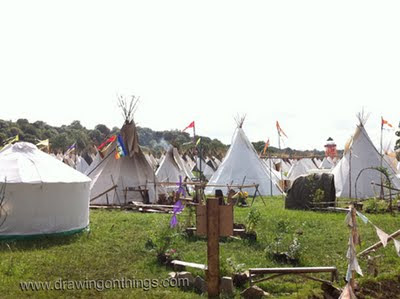 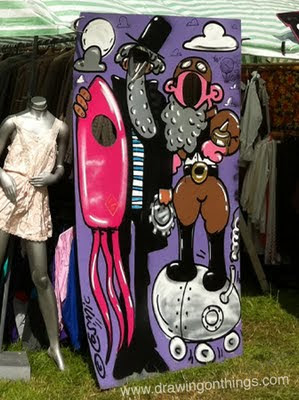 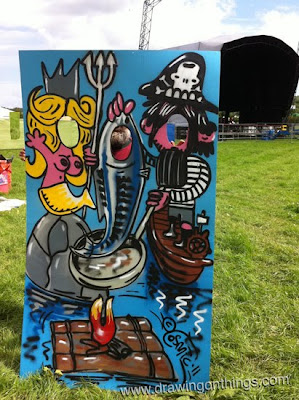 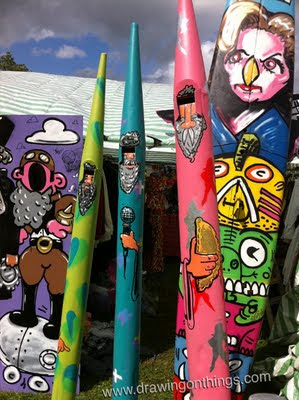 The day before Glastonbury Festival 2011 opened. I was in and out of there like a flash!
I threw paint at everything I saw, got told off for graffiti-ing (a skull) in the "graffiti area", Shangri-La, too early, and was back in the sea in Cornwall minutes before the festival, in Somerset, opened to the public.

Maybe I'll take some time off and enjoy the event next time?!