I am a special guest artist at this years British Surf Championships at Fistral Beach this weekend:

This year, Quiksilver’s presence, down on Fistral Beach, will be joined by Gibson Guitar, Roxy, DC and Monster Energy Drinks. DC & Monster Energy will keep the crowds entertained between heats with demos on the Monster Energy skate ramp. Demoing for the weekend will be DC, Monster Energy, and Quiksilver Pro Skaters, including Pete King, Sam Bosworth, Dan McDermott, Sam Pulley and John Bell. 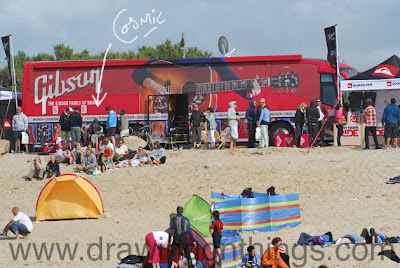 To complete the Gibson experience, the Gibson Guitar Tour Bus (one of only four in the world) will be parked exclusively on Fistral Beach over the Bank Holiday weekend and will provide a media hub, hospitality and a place to relax for Gibson's special guest artists, bands and all participating surfers."