The Edusk8 crew do another bit on the wall 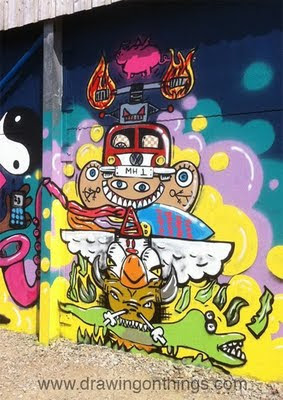 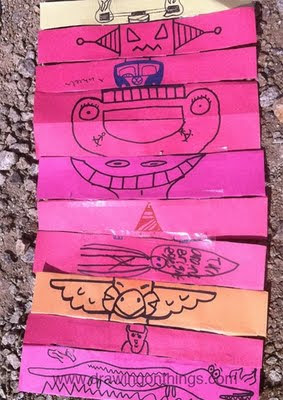 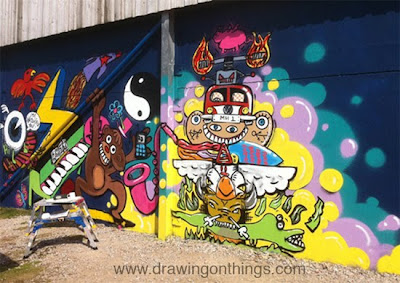 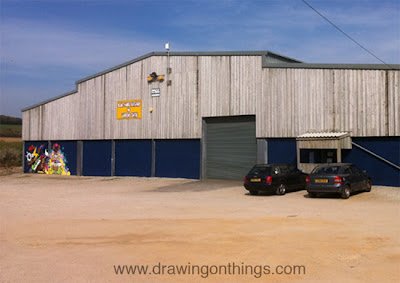 And this time, it's personal!

This week the Edusk8 crew got to do the second session of the big front wall at Mount Hawke Skate Park in Cornwall. To read about the first session and Edusk8 at Mount Hawke click here.

We took a slightly different approach this time. To warm up, we doodled. Ten of us drew whatever we felt like drawing, with a variety of marker pens, on our own sheets of card for well over an hour. Amazingly, most of this was in complete silence. They needed hardly any prompting.

We wanted to create something that had a peice of it created by each of us. And we came up with an idea for a totem pole-type image. or a totem pile, as someone suggested.

So we played the surrealist's game Exquisite Corpse with a theme of a totem pole, but with ten pictures rotating round the table simultaneously.

Then we all chose our favourite peice from the ten finished pictures and stuck them together so we each had designed a peice of the image.

After some lunch, we went out into the bright sunshine (and the hottest car park in the history of mankind!) and painted it on the wall.
Posted by Cosmic for Unknown on 21.4.11