aaaaargghh! it's The Bruton Dragon 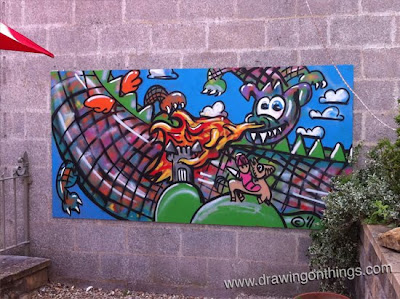 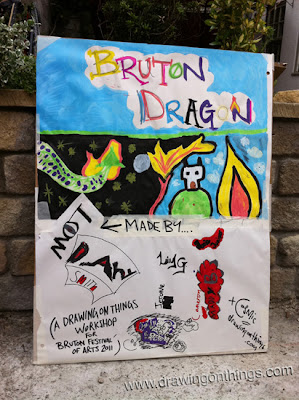 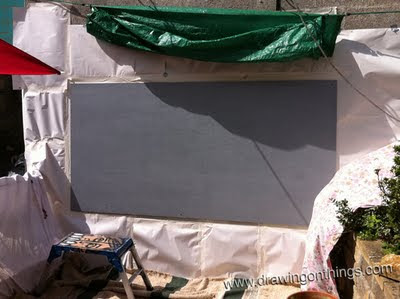 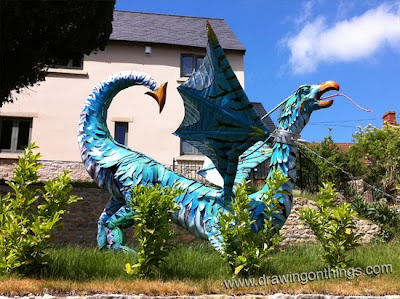 Yesterday I went to Bruton in Somerset, about a mile from Glastonbury, and ran a Drawing On Things workshop for 8-16 year olds at the Bruton Festival of Arts which runs for over three weeks annually in this seemingly unassuming and quaint looking country village.

There are loads of activities and displays: art exhibitions, huge sculptures (see pic), even a writing sweatshop (which sounded amazing).

The organizers wanted to arrange something which could get the young people involved and had got in touch with me.
There were about 12 young people involved all at the same time. It was held in the garden of the local pub called "The Castle" and just down the road was this giant dragon sculpture. So we had our theme!

This workshop was fantastic and the preparation before I had arrived was first class (see pic) there was even a tarp ready to pull over the painting if it rained.

Bruton Festival of Arts is well worth a look. The village is a warm, friendly hive of creative activity. If you are anywhere near Somerset at all, call in!
Posted by Cosmic for Unknown on 22.5.11