Drawing on things at the Big Jubilee Lunch - St Blazey

I hopped on Eden Project's "Big Green Bus" recently (that's not a metaphor by the way it's a... big, green, bus) and went along to the St Blazey Big Jubilee Lunch.

This neighbourhood street party celebration for the Queen's Diamond Jubilee took place at two sites in the Cornish town of St Blazey, near St Austell during the bank holiday weekend.

Local residents organise the events, Eden supports them and I was at both sites drawing people's ideas on canvases made from recycled skateboard ramps! 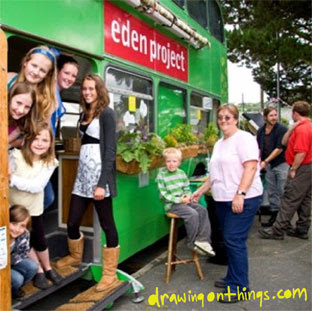 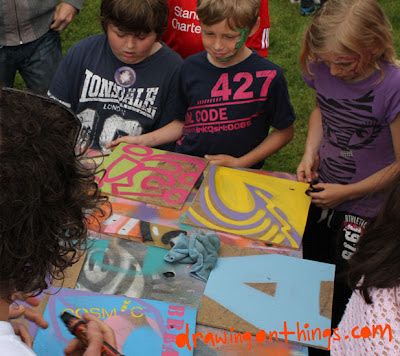 Four canvases, and four sets of ideas, at once. 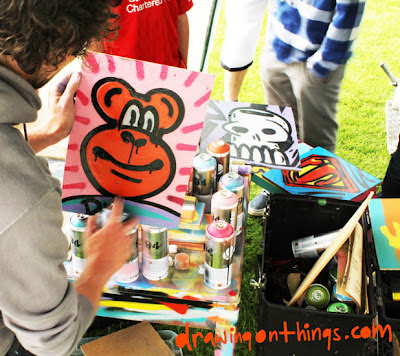 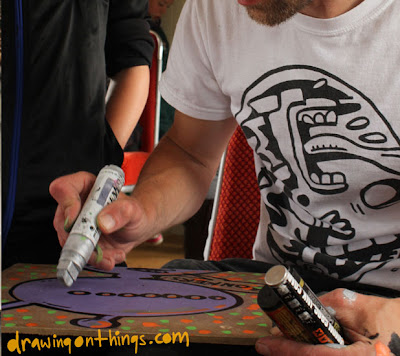 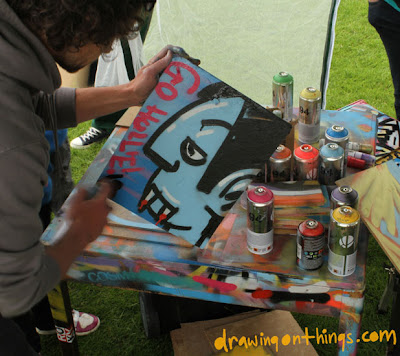 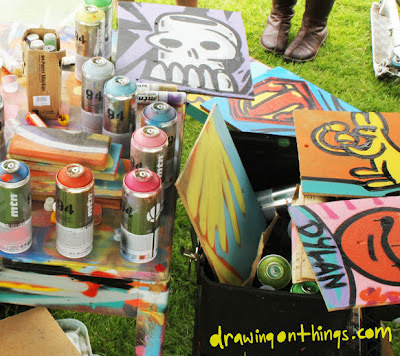 Some canvases drying before their owners take them home.

The whole day had a great neighbourhood street party atmosphere! Many people turned up to both sites. I was asked to paint all sorts of pictures including, kangaroos, vampires, superman, peoples' names, zombies, cars, aliens, cartoon characters and waves.

Everybody got their pictures signed and were allowed to keep them as a reminder of the day.
Posted by Cosmic for Unknown on 26.6.12