I am so pleased to announce this.
My artwork just won a huge public vote competition to be the first ever West Briton newspaper masthead illustration to mark the launch of this year's Truro Festival. 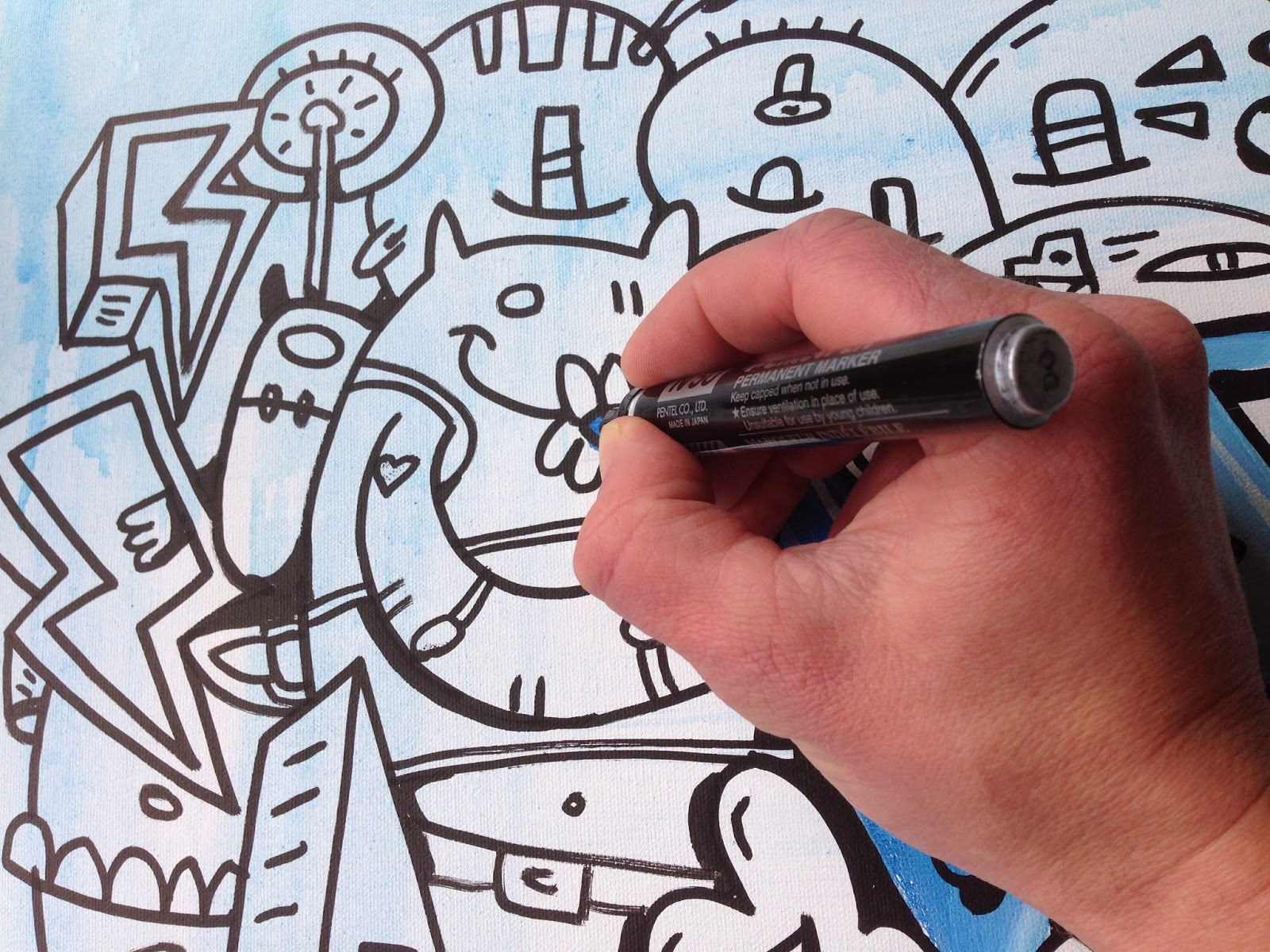 The artwork I created will replace the usual  masthead on the cover of this coming Thursday's edition of the Truro and Mid Cornwall West Briton, something that has never happened in the newspaper's 200 year history.
I am very happy about this indeed! 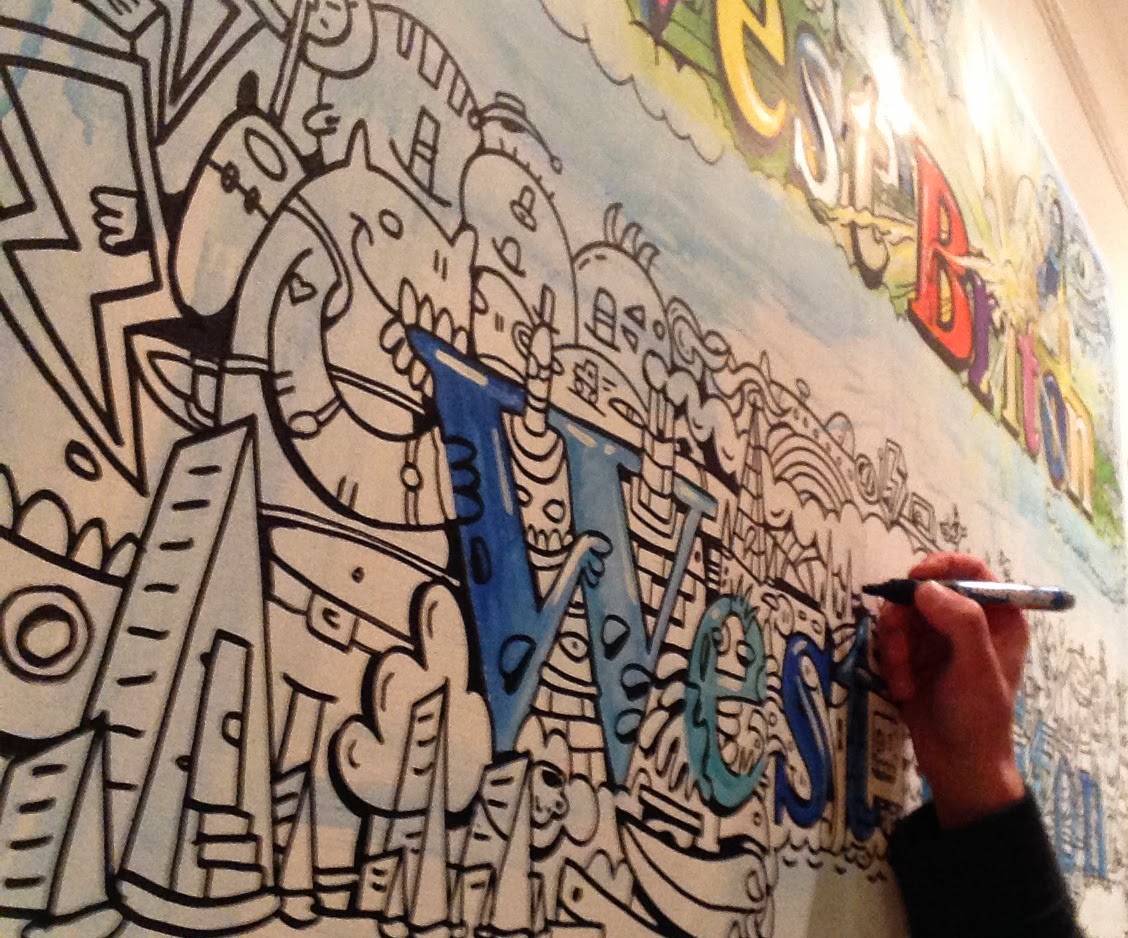 My work for this was produced on a 6ft canvas using Boardstix paint pens and Pentel markers and then resized on Photoshop to fit the top of the newspaper front page. Even this is a lot smaller than my usual work and probably as small as i would like to work with this much detail.

To celebrate I'll be turning up in various locations to produce drawings for people for free. There will also be some of my artwork on display and some canvases that I have produced to recent demand. 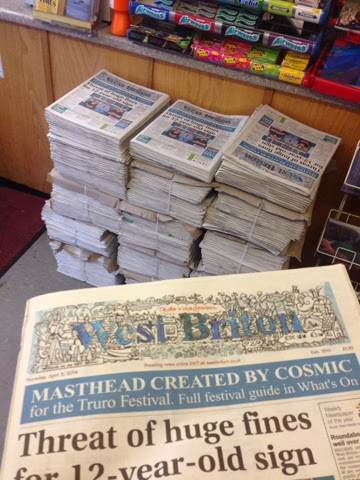 The first place I will be at is at Aggie Newsagents 8am Thursday 3rd April, then the West Briton stand at Truro Festival, at Truro Lemon Quay from 10am on Saturday 5th April.
Posted by Cosmic for Unknown on 1.4.14